During a National Museums Liverpool survey of parasitic wasps at Formby National Trust (VC59) on 29th September 2020, a female ichneumon resembling Ctenochira haemosterna was swept from the edge of a small mixed woodland with oak (Quercus sp.) and poplar (Populus sp.), around 300 metres inland of the frontal dunes.

This is one of many invertebrate groups which require examination of stationary specimens in order to determine the species, and on microscopical examination the voucher specimen revealed differences in both overall colouration and the structure of the hind tarsal claws. Following consultation of European literature the specimen was identified as Ctenochira bisinuata, a species not previously recorded in Britain. The identification was later confirmed by Dr Gavin Broad from the Natural History Museum, London. There is no published report of species having been reared so the host is unknown, but the closely related C. haemosterna has been reared from sawfly larvae on Betula, and the larvae of Euura bergmanni feeding on Salix. The voucher specimen will be stored in perpetuity at World Museum, Liverpool, where it will be used for education and scientific study, and the record will be published in a relevant journal in due course.

You can now catch up on our YouTube channel👇

Also check out all the other fantastic talks from the day on the NFBR YouTube channel!

Tanyptera Project @tanyptera
4 days ago
For our next webinar we will be joined by Dr Ian Wallace who will be telling us about #Caddisfly Larvae & Pupae. 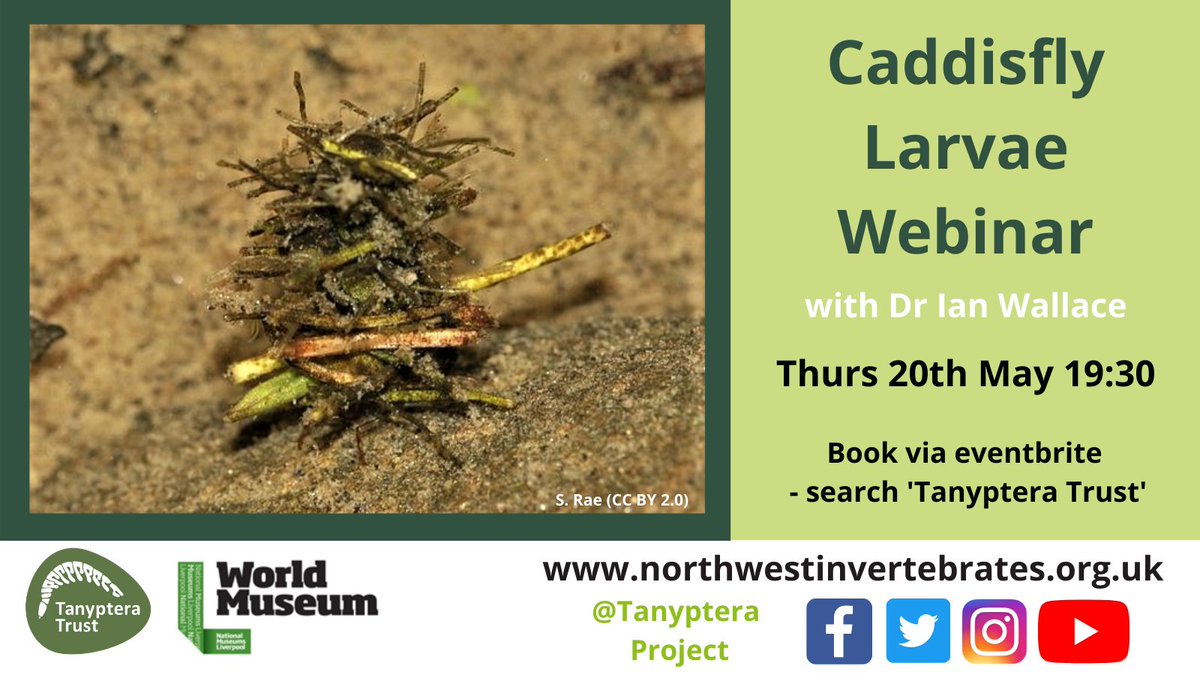 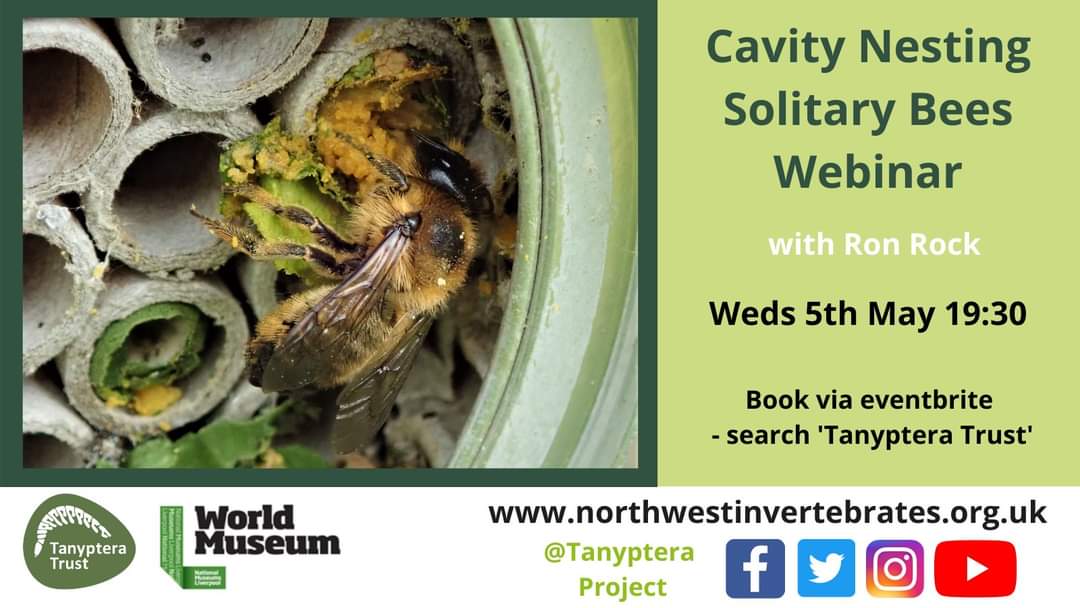 Tanyptera Project @tanyptera
2 weeks ago
*April Monthly Notes* - Please let us know of any notable invertebrate observations from the last month by the 4th May 🐞
Email gary.hedges @liverpoolmuseums.org.uk or post below 🔎📝 https://t.co/C7gWBd23uA
View on Twitter 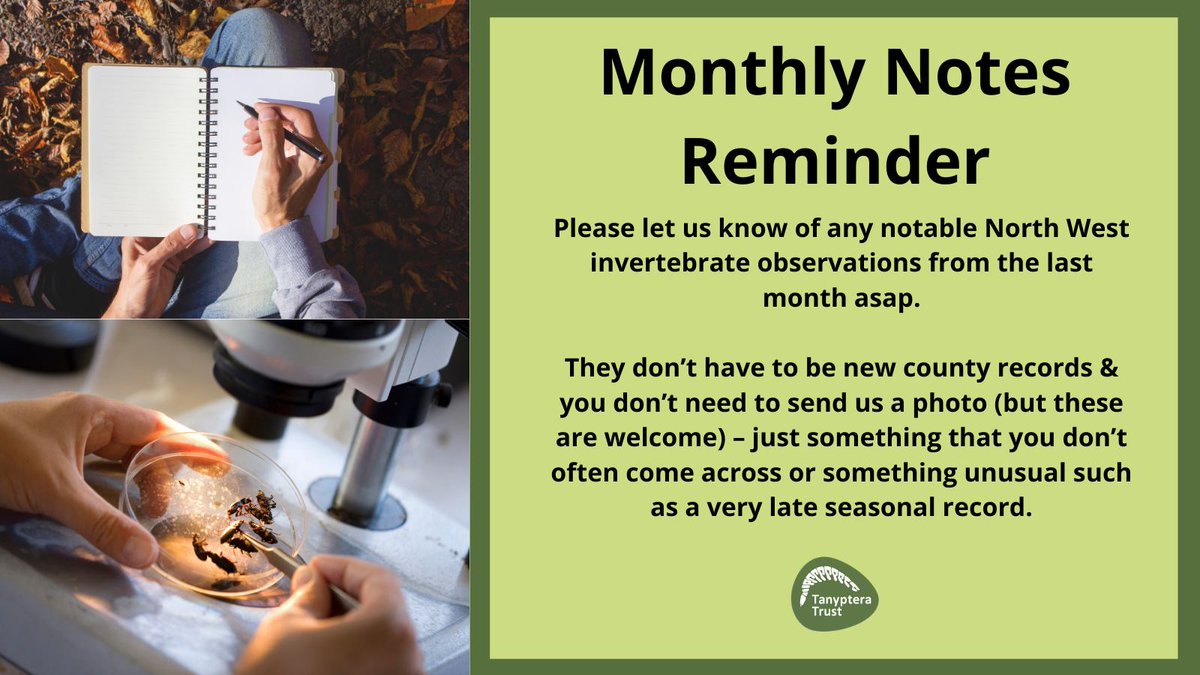 Tanyptera Project @tanyptera
2 weeks ago
There's still time to book a place for the last webinar in our #Harvestmen series with Paul Richards tomorrow evening: https://t.co/sNCoPmoAYB https://t.co/eDYF0RfsJE
View on Twitter 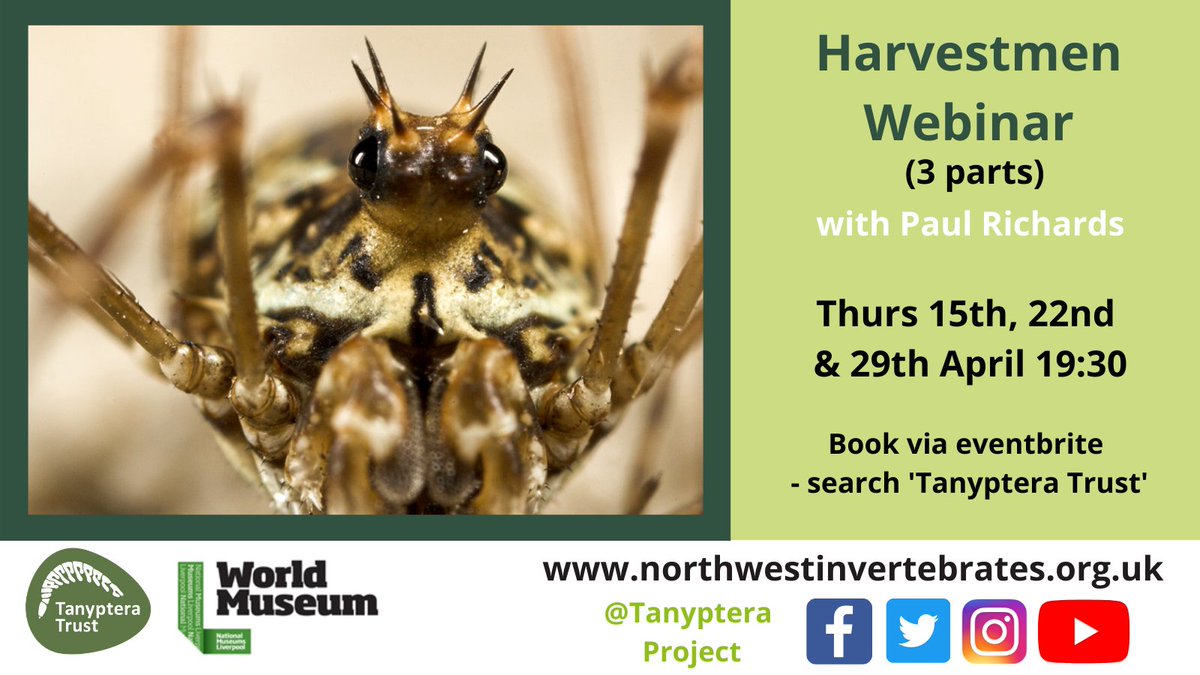